This document outlines my scope of practice.

My name is Hendrik Joseph Ensing.

My practice trades as Rock Solid Relationships under the New Zealand registered company, Heal Limited, an enterprise with the social purpose of healing relationships.

The location of my practice within the broad field of relationship work can be seen to be positioned and qualified by Anthony M. Grant and Robert M Green in their published paper, Developing clarity on the coaching‐counselling conundrum: Implications for counsellors and psychotherapists . The work of Grant and Green constitutes an alignment and location of my practice in what Michael White describes as that of “other thinkers who locate themselves within the broad field of family therapy” (White, 2011).

The work I do is informed by the insights of

I work in the following areas in providing coaching and therapy.

I am committed to work within the knowledge, skills and experience I have to practice competently, professionally, safely, lawfully and ethically in a way that meets my clients’ needs and ensures their safety both within the session and after leaving the session.

My scope of practice as a relationship practitioner covers the couple coaching as applied to:

I aspire to offer unconditional positive regard to my clients without regard to gender, ethnicity, religion, gender preference or age. 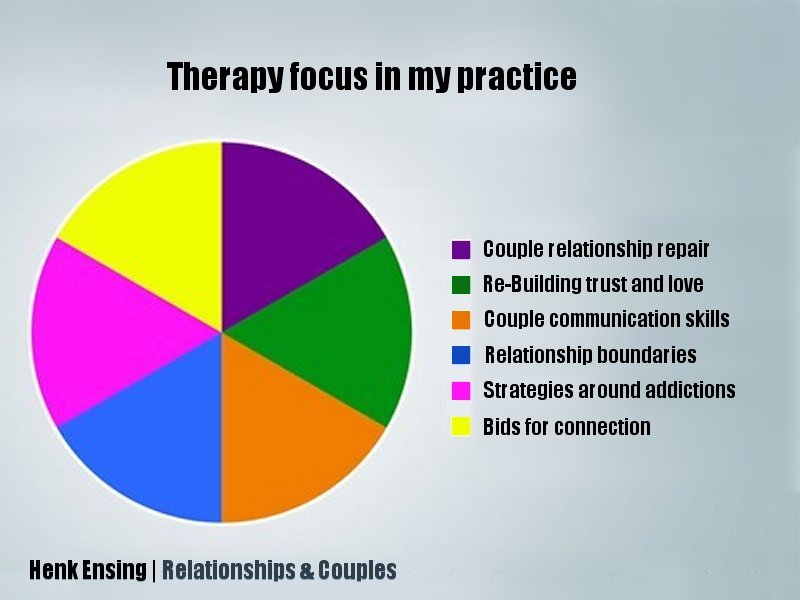 Mental health work of any kind is excluded from the scope of my practise. I refer clients needing this kind of help to other practitioners.

To give professional help and advice to (someone) to resolve problems.

A habitual or customary performance; operation.

An activity that has therapeutic effects upon the client relationship. Any act or process, that relieves tension or is therapeutic.

If something is therapeutic, it helps you to relax or to feel better about things, especially about a situation that made you unhappy. e.g. Yoga, foot massage or a walk along the beach. Conflict resolutions can be therapeutic.

Scope of my Professional Practice

The professional practice that informs the work I do which falls into the scope of couple relationships work.

My practice is relationally constructed and contextually positioned. The theoretical perspectives which I call upon to inform my work come under a post-modern umbrella (Anderson, 2007) .

Included are the ideas and practices stemming from the work of Michael White which have been influential in the shaping of my practice.

Rather than viewing knowledge as an objective reality which is fixed, knowable and thus transferrable, post-modern ideas support the multiplicity of knowledges, and the perspective that “all knowledge and knowing are embedded within history, context, culture, language, experience and understanding” (Anderson, 2007, p. 8)

The professional body to which I subscribe informs, but does not prescribe, the scope of my practice. There are a range of professional bodies in this field from which those who work in the broad area of relationships are able to choose.

Each has a different emphasis and supports its members in different roles. RI, NZCCA, SWRB, ANZASW, NZCCP, NZAP, PBANZ, NZAC are some of these professional bodies.
I have chosen to align with RI as it supports me in the work I do with couples. RI also comes with the RI code of Ethics to which I subscribe.

The choice of approaches to which I am drawn

There are a small few approaches to which my practice aligns. Often practitioners choose just one. However, I am drawn to a few different approaches. I choose to select an approach depending upon the purpose of the interview at the time.

At one time I may use ideas uncovered by Carl Rogers in a person-centered approach at the start of a session with a client, and then use ideas brought to light by Michael White while subscribing to the narrative metaphor for the rest of the session.

Where addiction plays out in a relationship I may exclusively use a directive, person-centered approach developed in part by clinical psychologists William Miller and Stephen Rollnick in the form of a motivational interview that takes the entire session.

I find this eclectic approach, to be helpful in my practice. It comes with the increased challenge of realigning the session purpose with the theoretical underpinnings of each approach. This also means the languaging of the interview changes to align with different objectives. I do not find this to be easy.

I might employ Johnella Bird’s practice of relational language-making in a narrative approach toward a mutual process of discovery in the present moment (Bird, 2004). Then approach the interview using John Winslade’s couple coaching narrative approach.

Finally I might offer directive coaching following the theoretical underpinnings of Cognitive Behaviour Therapy (CBT) which is derived from a medical model.

I find it difficult to realign with another modality midstream in a session. For this reason I have made an intentional choice to adopt only a few, five or less, modalities or approaches and to shift across modalities as little as possible within a session.

The code of ethics which I take up

The membership I hold in Resolution Institute (RI) requires strict adoption of ethical principles articulated in the RI Code of Ethics. In addition, I subscribe to the code of ethics that transcendent morality informs.

These ethical codes inform my practice and define the scope of the work which I do.

The boundaries to the roles which I maintain and uphold

Boundaries to the roles that I take up in the work that I do, also define and limit my scope of practice.

These boundaries are inclusive of some roles and exclusive of others. Included is the work with relationships in the context of couples.

Excluded is the work around mental health issues.

Addressing cognitive distortions, however, is included within the work boundary I uphold. My attention to, and awareness around, this maintains the boundary for the scope of practice within which I have made the decision to work.

I do not make any identity claims.

The academic qualifications that accompany my practice

While I honour the roots and source of the education which has shaped my practice, the postgraduate studies at the University of Waikato under tutelage of the counselling faculty have had the most recent influence.

In particular the work of John Winslade who was one of the lecturers at the University.  John authored numerous textbooks on conflict coaching and relationship dynamics and his insights were shared during the semester.

The postgraduate work to which I was employed or occupied, ended at the end of the last semester in 2019 at the University of Waikato within Te Kura Toi Tangata Faculty of Education.

The scope of my work, as Michael White describes, is that of one of the “other thinkers who locate themselves within the broad field of family therapy” (White, 2011).